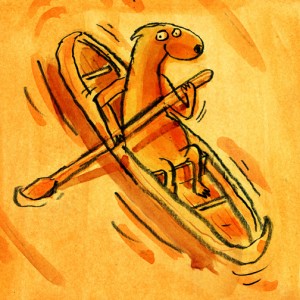 Status: RiverWorks Discovery is the national program that helps the public and policy makers understand the commerce, culture and conservation issues surrounding the inland waterways and watersheds.  RWD is expanding its industry co-sponsor and agency partner base in all regions as the national outreach program of the National Rivers Museum of Dubuque, IA.

Issue: In 2005, Channel Design Group identified that the marine industry was poorly understood by voters and the general public, and such a state lessened industry’s political effectiveness.  RiverWorks Discovery became the vehicle to reverse the situation. RWD attracted over 65 corporate and agency co-sponsors who spent a couple hundred thousand a year in their own communities, on top of the budget of approximately a million dollars from the founders.

We surveyed the field of maritime education with the objective of increasing public support for lock expansion on the Upper Mississippi and Illinois Rivers. Finding the available materials to be outdated, orphaned or too localized, we secured funding and recruited a team of educators, writers, designers and illustrators to develop RiverWorks Discovery. The unique program helps kids and families understand the intersection of commerce, culture and conservation on America’s great rivers and their watersheds. RWD is used by camps, scouts, outdoor education groups and others nationwide.