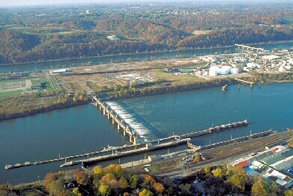 Status: The industry and infrastructure agency cooperatively created a recapitalization and prioritization plan covering a 20-year horizon. Plan elements requiring legislation were introduced in Congress. The Congressional calendar is relatively full of other issues but the looming election of 2012 will divert attention from otherwise routine business, likely leading to delays in considering infrastructure authorizations.

Issue: The nation’s inland marine infrastructure is the envy of the world but also suffering from chronic under-investment in both construction and maintenance. A recent governmental trend to support the most environmentally friendly industries has bypassed the sector. A tax regime pinpointing barge fuel penalizes one river infrastructure beneficiary but doesn’t capture revenue from any other beneficiaries. Legislative support comes from a federal measure that at one point was routine and bipartisan but as become mired under contested positions.